Did you have a good experience with us?

What an amazing experience I had dealing with your jeweler Jennifer. She did an amazing job and went way above and beyond getting my order in store. I’ll be a customer for life!!! I couldn’t have asked for a better jeweler and experience, so thank you!

Jennifer was very patient and helpful as we worked together to design a new engagement ring and wedding band to commemorate our 30th anniversary. She clearly listened to my preferences and made sure every detail was perfect.
I love my new rings and my husband beams when he sees me wearing them. As a bonus, the finished products were delivered about 2 weeks ahead of schedule!
Thank you for making this process so much fun.

We do all of our fine jewelry purchases and maintenance at Barnes. They are a wonderful trusted family business and treat us like family. Thanks so much.

This wasn’t my first visit to Barnes... it certainly won’t be my last. My husband surprised me with a beautiful jade ring (35th Anniversary) that was from the estate section of the store. 100+ years, gorgeous but a little too small. I brought it in today for sizing and was told 4 days and it would be ready. Well, the goldsmith overheard me tell one of the ladies that it’s too bad I couldn’t take it on a trip with me the next morning and he came out and promised he could have it ready in 4 hours. That was the most thoughtful customer service I’ve ever received and my husband will be thrilled when he notices that I’m wearing the ring on our trip! Thanks to you all at Barnes Jewlers!

Jessica Barnes assisted me and did an outstanding job. She is friendly, courteous, and VERY knowledgeable. I am SO excited to be picking up my ring with a beautiful new emerald set in it later this week. Thank you, Jessica.
—-Colleen Schultz

Wow, where do I even start!?
About 2 months ago I placed an order at a large corporate jewelry store ( I’ll leave unnamed). Upon placing the order the saleswoman told me I would be notified in about 6-8 weeks when the “special order” arrives in store. At 7 weeks I received a call telling me that my ring has arrived, but unfortunately they received the wrong ring. My heart sank when they told me I would have to wait another 6-8 weeks for new ring to arrive, and then another couple days for them to put it together. I had made plans to ask the girl of my dreams to marry me the following week after I was originally supposed to receive the ring, so needless to say I was devistated . After telling my father my situation he immediately referred me to Barnes. This was the greatest advice I had ever received! Within 1 hour I was at the store speaking with Rita, telling her my situation. She showed me some rings, (all of which looked amazing) and I found the exact ring I had pictured in my head. She paired it with the most beautiful diamond that I’d ever seen, and told me she could have it ready within the week. Two days later my phone rang, and to my amazement it was Rita telling me that they had finished my ring early. She was a life saver! The ring is stunning, and I couldn’t be happier. To Rita, and the entire staff I say THANK YOU! You turned a devistating moment into the greatest twist of fate I could have ever hoped for! Barnes has gained a life long customer in me!

My husband and I had our rings created by Barnes Jewelers. The end results are constantly getting praises. The process was easy, exciting, and surprisingly affordable. The next design we want created will be coming from Barnes.

Reviews brought to you by 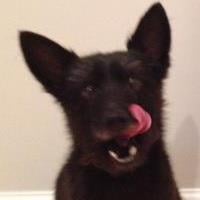 I recently had a bent prong around my diamond. My girlfriend recently lost her diamond so I was having a panic moment and stopped in to Barnes Jewelers...READ MORE 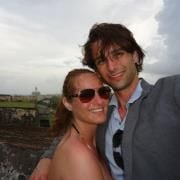 I am so pleased with the service I received. They do speedy in house repairs. Beautiful selection. Family owned. Highly recommended you will not be...READ MORE

Seems like a nice store. My problem, however, is I took some gold in to sell and I think they underpaid me for it. They paid me about 50% of the current...READ MORE